New York was completely overwhelmed by the return of Russell Westbrook to Oklahoma City.

Westbrook first feed his teammates, assisting on the first three made field goals for the Thunders, and then eventually got himself involved with a vicious baseline dunk to give Oklahoma City a 8-5 lead. The dunk was only the start to what ignited a 15-0 run, where the run was bookended by a Westbrook three-pointer that gave the Thunder a 21-5 lead with under five minutes remaining in the opening quarter. Westbrook received a standing ovation when he was substituted out of the game, finishing the first quarter with 14 points, which was more than New York scored as a whole… New York shot a dismal 18.2% from the field, converting on only four field goals.
Even with Westbrook on the bench to start the second quarter, New York could not capitalize…instead Jeremy Lamb went to work on the Knicks. Lamb was personally responsible for a 10-0 to start the second quarter. Lamb scored eight of his 13 points in the run while also handing out an assist to Kendrick Perkins. The deficit for New York grew up to 40-13, where finally with Cole Aldrich’s hustle plays helped give a lifeless Knicks team an 8-0 run.

END_OF_DOCUMENT_TOKEN_TO_BE_REPLACED

New York again led wire to wire for a second consecutive game, scoring 39 points in the first quarter. The 39 points was the most points scored in any individual quarter by New York in any quarter this season.

Stoudemire with 9:05 remaining in the first quarter blocked a Derrick Favors layup attempt, igniting a fast break, leading to a J.R. Smith three. Smith was on fire from distance Friday night, knocking down five three-pointers, finishing the game with 17 points. Amare Stoudemire looked lively, running the floor on the fast break, drawing a foul with 7:14 left in the first quarter, he would convert on both free throws increasing New York’s lead to 16-8. On the very next Knicks’ possession, Stoudemire would END_OF_DOCUMENT_TOKEN_TO_BE_REPLACED

Written by William Lee
New York continued their losing ways in matinee games.
New York got throttled by Chicago in a Sunday matinee game. These teams are complete polar opposites. While Chicago’s management tried to tank the season for a projected outstanding 2014 draft class, by trading their leading scorer Luol Deng, the Bulls didn’t sulk. The Bulls refused to give in, and continued to give maximum effort every night, and the results speak for themselves. Chicago is an impressive 20-8 after trading Deng early in January.
New York on the other hand looks to have talent on paper, but the sums do not add up to the whole. New York does not play with effort, does not play with any passion or urgency. It was another case of that Sunday afternoon, as the Knicks allowed the Bulls to jump out to a 12-1 lead within two and half minutes of tip off. Joakim Noah was destroying New York on hand off screens, creating the breathing room needed for shooters to get a clean shot. Noah created three of these opportunities for his Bulls teammates during the quick outburst to start the game.
After a quick timeout to try to stop the Bulls’ momentum, the Knicks missed, and Noah grabbed the rebound and went coast to coast for a layup. Not exactly what Mike Woodson drew up (if he draws up any plays in the huddle). Chicago hit the 20 points mark before it was even mid-way through the first quarter, and this is a team that is the worst offensive team in the league at 93.1 points per game. When it was all said and done, the Knicks would allow Chicago to score 37 points in the first quarter.  37 points is the most points scored by the Bulls in any individual quarter all season. END_OF_DOCUMENT_TOKEN_TO_BE_REPLACED

Both the Golden State Warriors and the New York Knicks entered Friday night’s game with a bad taste in their mouth, suffering huge defeats in their previous game. Golden State lost to Chicago 103-83 Wednesday night, while New York got humiliated by the defending Champions Miami Heat 108-82 the night before.

New York went on a 9-2 run early in the second quarter, to cut the deficit into single digits 48-39. In a blink of an eye, any hope the Knicks had of coming back disappeared with the Warriors going on a 25-13 run to end the second quarter. By the end of the first half the Warriors were ahead 73-52, the 73 points were the most points New York had given up in the first half. The Madison Square Garden crowd booed their home team off the court. Many more cascade of boos would continue to serenade the Knicks throughout the night, and deserving so. END_OF_DOCUMENT_TOKEN_TO_BE_REPLACED

The Magic got off to a quick start, jumping to a 15-5 lead within four minutes. Jameer Nelson was responsible for 10/15 points during the run, knocking down a three and handing out three assist. After New York took a quick timeout, the Knicks got back into the game, ending the quarter strong, trimming the Magic lead to three, with a score 31-28. The Magic was scorching hot from downtown, knocking down six threes in the opening period. Arron Afflalo led the way for the Magic scoring ten points, including a couple of threes in the quarter, finishing with 20 points in the game. The Knicks were able to withstand this in the first quarter, by battling on the boards, getting five offensive rebounds to keep themselves in the game.

The Magic continued to pour it on with their three point shooting, with Ronnie Price to open up the second quarter with a three, increasing the Magic lead to 34-28. From this point on the Knicks went on a 15-1 run, powered by some three point shooting of their own. The Knicks knocked down five consecutive threes, which was bookended by Tim Hardaway Jr makes. By the end of the run the Knicks were up by eight, leading 43-35 with 8:00 left in the first half. Each three was came off of great ball movement, with each of them coming off of an assist.  Afflalo ended the Knicks run, knocking down a couple of jump shots. At 5:02 Carmelo Anthony got three points the good old fashioned way, finishing an and one to give the Knicks a 51-44 lead. It was a three point shooting contest for both teams by halftime, with the Knicks leading 59-54. The Magic knocked down eight field goals from beyond the arc, but the Knicks would not be outdone, as they made ten three pointers of their own. Both teams moved the ball extremely effectively to get the threes, with the Magic scoring on 18 field goals on 11 assist, and the Knicks scoring 20 field goals on 12 assist. END_OF_DOCUMENT_TOKEN_TO_BE_REPLACED

We talk about the win against the Bobcats and the thrashing from the Spurs, JR comes back from weed suspension and has his typical Sunday game, our new centerless rotation, trade rumors and much more 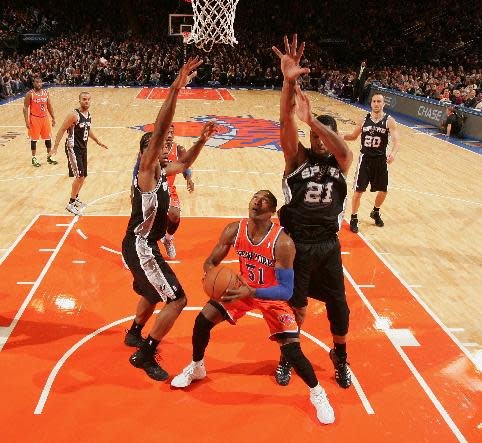 Written by William Lee
The Spurs was an offensive juggernaut during Sunday’s matinee game with the Knicks, leading by as many as 37 points. Danny Green opened up the game by knocking down a couple of quick threes. Within three minutes of the game’s tipoff the Spurs were up 10-0. The Spurs extended on this run, tripling the Knicks score, leading 21-7. The Spurs constantly double teamed Carmelo Anthony, content with the ball swinging to Andrea Bargnani, and letting him beat them.  Unfortunately for the Knicks, Bargnani could not deliver, going 2-6 in the first quarter. JR Smith made his return to the Knicks, after serving his five game suspensions for violating the terms of the NBA’s anti-drug policies, hearing a nice ovation, entering in the game with 7:08 left in the first quarter. JR Smith showed his rust, missing all four of his shots, and turning the ball over twice in the first quarter. Smith finished the game going 1-9 from the field, including four turnovers. The Spurs shot 72% in the first quarter, with Tony Parker leading the way, weaving through the defense, scoring 10 points and handing out 5 assist in the first quarter to jump out to a 35-17 first quarter lead.
The start of the second quarter, the Knicks did not fare any better, JR Smith air balled a three, which then led to another Danny Green three on the other end. The boos rained on the Knicks again in Madison Square Garden, with the home team losing 42-19. With the constant double and triple teams on Carmelo Anthony in the half court sets, Anthony started to bring the ball up himself, to ignite the offense. Carmelo Anthony had 10 points in the second quarter, going a perfect 4-4 from the field, including a buzzer beater to end the first half. The Spurs led by as many points as 24 in the first half, this cut Spurs’ lead to sixteen points, with the score 61-45.
END_OF_DOCUMENT_TOKEN_TO_BE_REPLACED 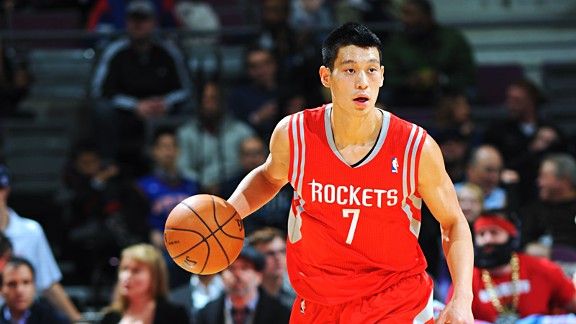