Sources (Jay) report that Clippers and Warriors are in talks for blockbuster trade involving Steph Curry and Chris Paul. Paul would make sense for the Warriors because he likes passing while Curry would make sense for Clippers because he likes shooting. Both teams are in win now mode so they need to put themselves over the top. There are also alleged by sources rumors of locker room strife and/or sexual misconduct. Pokemon Go is being referenced in this article because it is a popular search team. A source was quoted as saying both Curry and Paul would be great additions to a team looking to contend. Other sources (myself) question why Golden State would break up its core and wonder if referencing locker room tension and Kevin Durant would be helpful for getting page clicks

With the Knicks first pre-season game tonight and in honor of our former coach, the great Mike Woodson, our investigative team here at New York Knicks Podcast has uncovered the actual notes Mike Woodson provided his players prior to their first preseason game last season. We are exposing ourselves to a great deal of liability by providing this information to you but we care about you the reader. We cannot explain to you exactly how this information was obtained but needless to say it involved a great deal of strap-ons.

After the debacle that occurred on Friday night against the Phoenix Suns, New York would face another opponent with a similar offensive style, another explosive three point shooting team in the Golden State Warriors. The Warriors are the sixth best team in the league in three-point field goals made and field goal percentage, at 9.1 made per game at a 37.5% success rate. And again the same results happened, at least early on anyways, allowing the Warriors to connect on five three-pointers in the first quarter. Golden State jumped out to an early 16-5 lead, causing New York to take a quick time out. Stephen Curry and Klay Thompson, the “Splash Brothers” made it splash from downtown connecting on three three-pointers on the run combined. Curry and Thompson are first and third in threes made in the Association. (So of course the Knicks were confused when they were making it rain…) The fact that the Warriors were without David Lee (hamstring) and Andrew Bogut (pelvic contusion) made it worse, these two was the only real offensive threats in the game for Golden State.

New York would be down by as many as twelve points early in the second quarter, before the bench got the Knicks back into the game with a 12-0 run in which Pablo Prigioni was responsible for ten of the points, knocking down a three, assisting  on a Iman Shumpert three and Tim Hardaway Jr. layup. Before you can blink the game was tied at 34-34 with 7:53 remaining in the second quarter. With the game tied Mike Woodson decided to bring back Carmelo Anthony in the game, within a minute Anthony picks up his third foul, sending him back to the bench. This was a blessing in disguise as New York was playing with much more ball movement with Anthony out of the game. New York would go on a 15-0 run to end the last two minute of the first half, behind the combination of J.R. Smith and Tim Hardaway Jr. J.R. Smith scored 14 of his 21 points in the pivotal second quarter, where the Knicks outscored the Warriors 34-12. New York led by 56-44 at halftime.

The third quarter the game came to a grinding halt, too much isolation, especially on New York’s end with Carmelo Anthony. Both teams shot below 40% in the period, but Stephen Curry kept the cold shooting Warriors in the game, scoring 12 of his game high 32 points in the third quarter.
The game got a lot uglier in the fourth quarter, as both teams shot sub thirty-percentage. New York again was isolation heavy on offense, but Carmelo Anthony was having an off game, going 1/7 in the final quarter. New York’s star forward had a very ineffective night, scoring 19 points on 21 attempts, the Knicks were a -14 with him on the floor, by far the worst +/- on the winning team. As for Golden State, New York was not playing amazing defense by any stretch, but the Warriors were for the most part, at least slightly contested on majority of their three-point attempts. Unfortunately with 2:42 left in the game, this wasn’t one of those times, as Stephen Curry was wide open for the game tying three, knotting the game up at 81 apiece.

On the very next possession, Curry put up a quick three-point attempt, then with a long bounce off the rim Curry got the offensive rebound, and just throws it up feeling contact from behind. As Curry’s horrible attempt flung up in the air, a whistle was made. Fortunately for New York, it was for the Knicks, as Amare Stoudemire got fouled battling for the rebound under the rim. With Golden State in the penalty already, this sent Stoudemire to the charity stripe. Stoudemire calmly sank his free throws, giving New York an 83-81 lead.

As horrible as a night Carmelo Anthony was having, the last two minutes showed why he is one of the most clutch players in the league (even though he hasn’t shown it much this year…). With two Warriors draped all over him, Anthony makes a tough step back jumper to give the Knicks an 85-81 lead with 1:24 left in the game. Klay Thompson would answer with a three to get within one point with a minute left in the game. Again New York would isolate Anthony, and he threw a foul on Andre Iguodala, sending himself to the line, where he made both the clutch free throws to give New York a three point lead with 45.4 seconds left in the game.

The Warriors got off a shot quickly, going for a “two for one” situation. Curry missed on the quick attempt, but left 30.9 seconds remaining on the game clock, to give Golden State one more defensive stand, and an opportunity to tie the game with a few seconds remaining. Anthony called for a clear out, playing one on one with Iguodala again, but would get blocked this time around, causing a shot clock violation. Golden State advanced the ball with a timeout, needing a three to tie, with the score 87-84. Raymond Felton knew that the ball would find its way to Stephen Curry, and Felton got all up in Curry’s face as he made his three-point attempt, forcing him to pass the ball in mid-air, which Draymond Green was not prepared for. Shannon Brown, who was put into the game for his defense, got the loose ball, and quickly got up the court, where he was fouled from behind. The referees whistled the Warriors for committing a clear path foul, essentially ending the game, as Brown made both his free throws. The win put New York one game back of the Atlanta Hawks for the eighth and final playoff spot, with Atlanta holding the tie breaker.

New York devastated Cleveland inside early and often, scoring easily in the paint, finishing with 12 points in the paint in the first quarter. Amare Stoudemire continued his strong performance since inserted into the lineup, scoring 8 of his 17 points in the first quarter. Stoudemire got his second double-double all season with 17 points and 12 rebounds.

While Carmelo Anthony who normally starts off strong, was not his typical self, seen visibly suffering from a cold, keeping as much article of clothing on himself as possible, and draping his head in a towel during pre-game warm ups. Anthony would start off cold, missing his first six attempts from the field. With New York’s star player struggling, their defense kept them in the game, holding Cleveland scoreless for nearly the final three and a half minutes of the first quarter. The Knicks went on an 8-2 run during this stretch, before allowing Jarret Jack to score in the winding seconds in the period. New York led 23-19 after one period of play. END_OF_DOCUMENT_TOKEN_TO_BE_REPLACED

I think after today’s game we can all agree we need this.

A thank you to Charles Labial for another awesome photoshop!

So the 2010-11 season has finally come to an end.  If the NBA is going to miss part of all of a season, and it’s looking like that will be the case, then I’m glad our last taste of NBA action for a while was a good one.

The season began months before any games were played with this along with a number of other big names switching teams such as Stoudemire, Boozer, and Bosh.  We even got our first truly hated team since the Bad Boy Pistons with this.

Things get even more interesting after some huge trade deadline moves such as Carmelo Anthony getting traded to the Knicks and Deron Williams getting trades to the Nets.  All of this culminated in a very intriguing playoffs.  It was the old guard making their last stand (San Antonio, Boston, Dallas) vs the up and comers (Oklahoma City, Chicago, Memphis), the Knicks making the playoffs for the first time in 7 yeas, the Lakers trying to threepeat and the Heat trying to live up to the hype.

As great as it was for the fans it wasn’t as fun for a few teams.  Lets take a look back at how each team fared. END_OF_DOCUMENT_TOKEN_TO_BE_REPLACED

Assuming Dallas can resign Chandler they are in very good shape for next year. Remember, Butler, Haywood and Beaubois will all either be back next year or traded for new pieces. Since we have no idea lets assume they all stay. Haywood gives you more productive minutes than Mahimni, Butler starts and you have Marion coming off the bench and Peja can do what he did in game 6 and watch, and Beaubois can play the point, giving Kidd the opportunity to play less than 30 minutes a game. Everyone is fresh for the playoffs and they have another big scorer in Butler in crunchtime. Don’t sleep on these guys next year either. Long-term they have some big contracts coming off the books in Butler and Kidd after next season and can either give starting roles to Beaubois , Brewer and/or Barea or have the cap space to bring in new/younger talent. END_OF_DOCUMENT_TOKEN_TO_BE_REPLACED 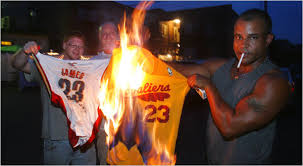 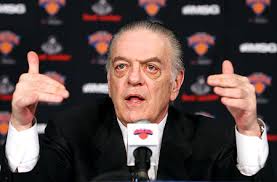 It looks like Donnie Walsh will be coming back, though no contract is signed, but Walsh is proceeding like he is coming back. It is amazing that Dolan hasn’t finalized that contract but Dolan is a disaster and has the opposite of the midas touch so why should this be any different. The question I have is whether Donnie Walsh deserves to come back. I get that he is a great basketball mind but no one seems to question the job he has done here. Every commentator seems to have drawn the same conclusion that Walsh has done an amazing job in clearing the Knicks of all their bad contracts and in getting Carmelo and Amare here, and he deserves another season. To question the idea that the Knicks were a complete disaster when he came over is like questioning the gospel. END_OF_DOCUMENT_TOKEN_TO_BE_REPLACED