Have to go with this farewell tweet from Ronnie Brewer:

But the week wouldn’t be complete without some antics from JR: 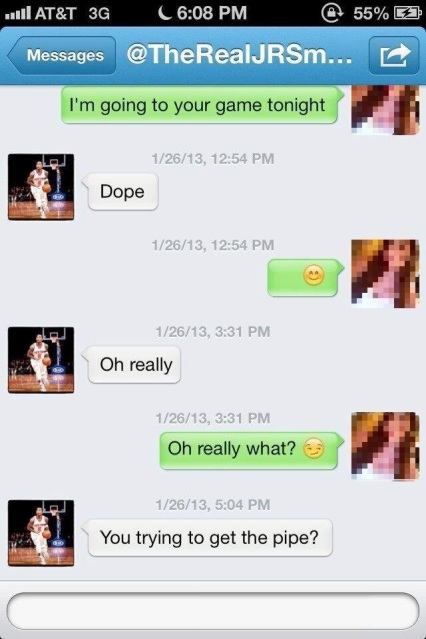 Ronnie Brewer gets the tweet of the week with this picture from Rasheed Wallaces bowling event.  Lets hope Rasheed didn’t pull an Andrew Bynum and reinjure himself while bowling last night:

The Knicks beat Detroit in London, but couldn’t topple the Nets at MSG.  What is going right and wrong with the Knicks right now, we make up a trade proposal that is realistic and makes sense for both teams, a.k.a. Amare isn’t involved, and we give our thoughts on the other teams around the league.  Download Episode 169

Marc and Jay talk about the positives and negatives from the last two games, their thoughts on Amares first 3 games back, MVP debate, listener questions including Knicks all time starting lineup, minutes for Prigioni, what’s wrong with Brewer and much more.  Download Episode 165

Robert Silverman from Knickerblogger.net joins us today.  Amare comes back and it goes about as well as expected.  What happened to the Knicks defense?  Ronnie Brewer and Steve Novak aren’t playing like they did in November and early December.  Is Felton more important than we realized?  Trying to figure out why the Knicks don’t look like the same team they did only a month ago.  Much more.  Download Episode 164

Everyone on the Knicks is injured.  Lets hope this is a blowout so Prigs can play a lot of minutes and save some wear and tear on Kidd, since he’s going to be playing a ton of minutes in January.  Other things to look for are Camby continuing to progress, Brewer getting out of his terrible slump (26% from the field and 6% from 3 point land this month).  Comment below as the game progresses.

The New Orleans Hornets have some young and really good players including Eric Gordon and Anthony Davis. Those guys didn’t play tonight so the Hornets pretty much had no chance. To their credit, the Hornets kept it close for two quarters and it was kind of like when you played your older brother in basketball growing up. There were times when your older brother took it easy and you hit some shots but then he would realize the score was too close and lower the boom down on you. There was never a point tonight when you thought Hornets had a chance. The Knicks teams of the last few years would have blown a trap game like this or at least kept you on the edge of your seat way too long. This team does not do that. I love this team. Here are my thoughts: